Registration only with a valid invitation.

Celebrate our 15th anniversary with us!

The International Department of the Karlsruhe Institute of Technology offers English taught qualification and continuous education programs in close cooperation with industry. In 2015 the ID celebrates the jubilee of 15 years.

The celebration of jubilee will take place in the KIT Audimax on July 23, 2015 at 4 pm. There will be a reception.

The successful history of the International Department started in the year 2000, with the founding of the Carl Benz School of Engineering. The Carl Benz School offers high-quality education in the form of an undergraduate mechanical engineering degree program. In 2005, the HECTOR School of Engineering & Management was established. The HECTOR School offers seven part-time master programs for the advanced education of engineers, computer scientists, and economists. Shortly after, the Karlsruhe School of Optics & Photonics was founded. It further enhances the portfolio of the International Department with full time English language Master and Doctorate Programs in Optics & Photonics. As a second Graduate School the Helmholtz International Research School for Teratronics was established in 2012 to produce a new generation of researchers and developers with competences in the entire electromagnetic spectrum. Last but not least, established in December 2013, the Hector Fellow Academy provides eminent scientists a framework for successful teamwork and networking. 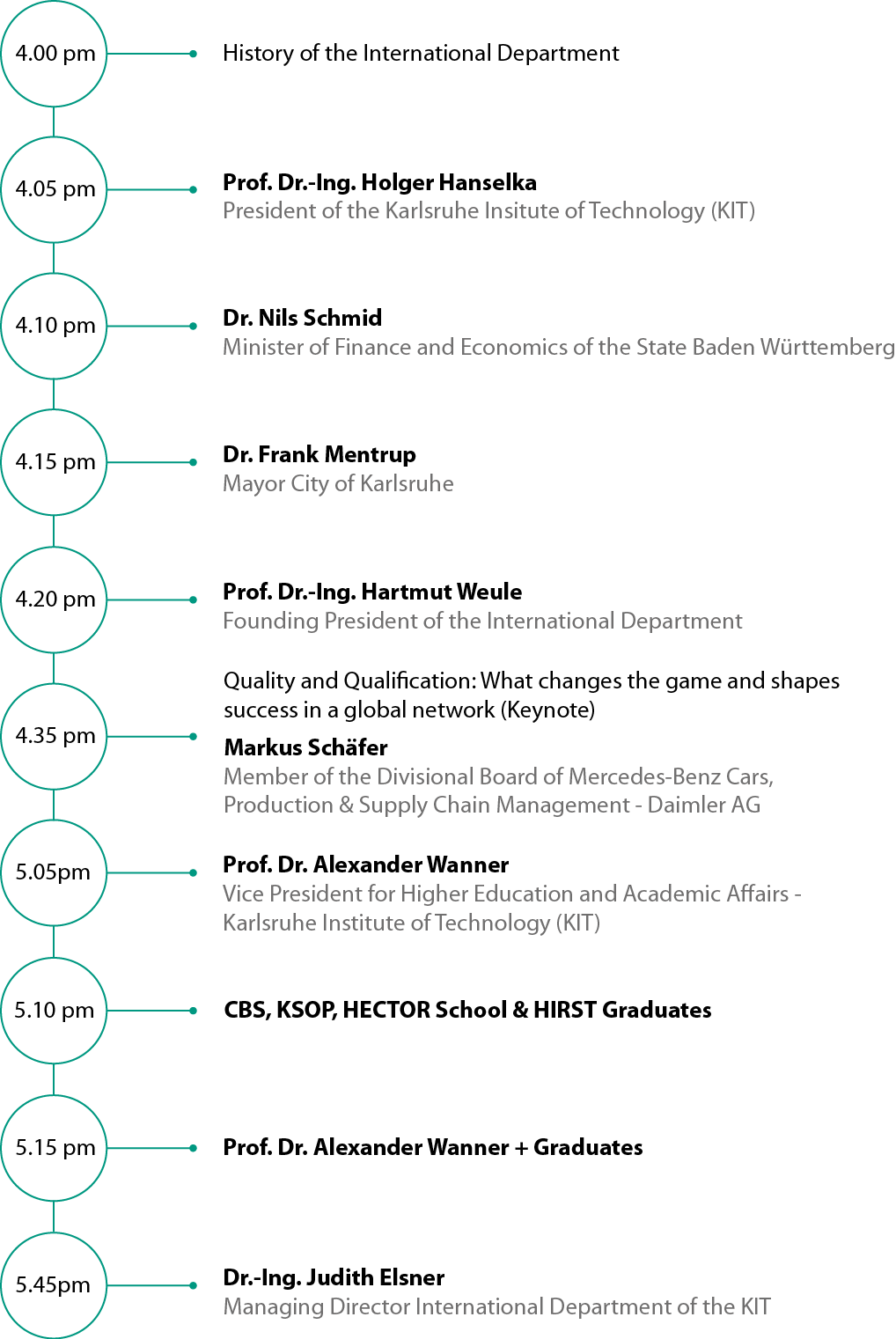 Your way to the ID jubilee

Your way to the ID jubilee

KIT – The Research University in the Helmholtz Association